I hated this record when I was 15. To me it sounded like a once great band that had gotten old and tired. However, now I am on the wrong side of 40, this album makes total sense, and in many ways became my favourite Roxy album as I got older. I have since spoken to others who think the same. Maybe the album should come with one of those advisory stickers on it, ‘Will not be understood by 30 years and under’
Ferry seemed to be pursuing the idea of a perfect sound, an experiment that he continued right through his solo work, I think Avalon was the first draft of that experiment. Take a Chance with Me (not Abba) and The Space Between us are two of the best on the album. Perfect rainy day music. 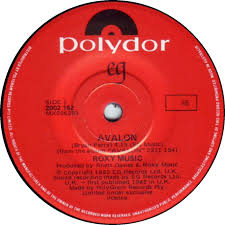