What constitutes psychological child abuse?
When my daughter was about 5 years old we spent quite a bit of time doing Lego, during one of these Lego sessions I thought that it would be appropriate to put Logos on by T Dream, Legos Logos, get it? Later I told my friend about this and he threatened to report me to social services. Since then I have never got any T Dream out in public and now only listen to them under the Duvet with a torch.
Hidden gem: Logos Part II
You can now go on a cruise where the onboard entertainment consists of Yes, Carl Palmer, Steve Hackett and our favourite german noodlers T Dream, I wonder how many people decide to jump overboard during those 5 nights. 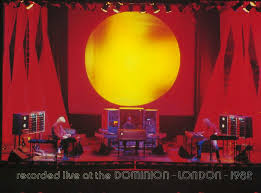